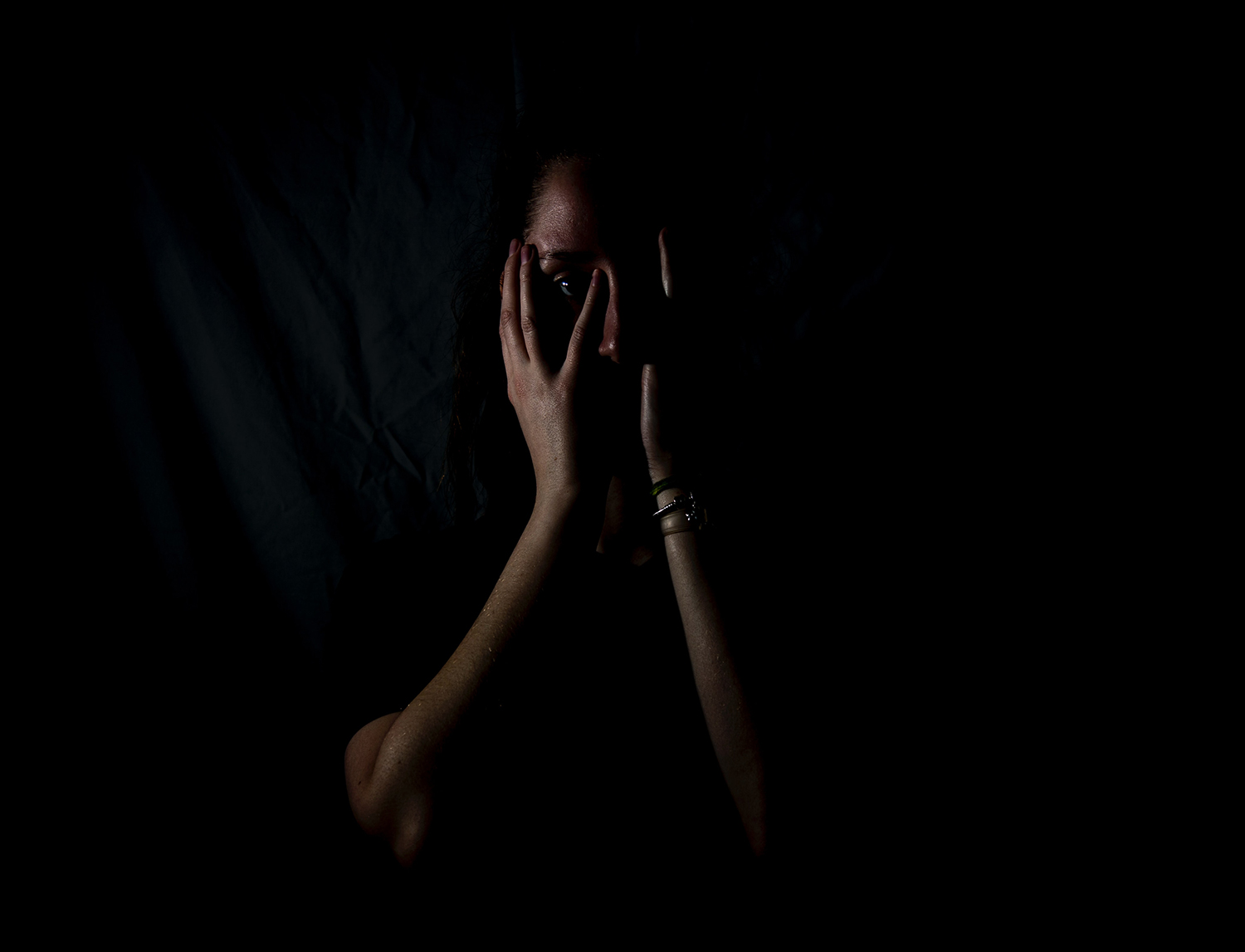 In 2018 alone, there were 11 deaths per day in Canada from opioid overdose. This is significant enough that our national overall life expectancy has declined due to overdose deaths. And just to be extra clear, that means 1 Canadian life was lost every 2 hours due to opioids.

Alberta, British Columbia and Ontario have seen a sharp rise in hospitalization and death from illicit opioid overdose, most notably fentanyl. Recent national data showed over 11,500 apparent opioid-related deaths in Canada between January 2016 and December 2018. 94% of all apparent opioid-related deaths were unintentional and young adults age 30-39 represent the age group most at risk for accidental death.

Canada is in the midst of an opioid overdose crisis.

Yet due to the shame surrounding this topic, it is highly stigmatized and therefore not as openly talked about as we think it should be. We want to help change that. One of NeuroTrition’s areas of specialization is mitigating symptoms of addiction withdrawal. We work with people to help overcome their addictions. We know the reality of the crisis Canada is facing, and the sad truth that many lives end in overdose. We’re here to share some promising science on this topic and in doing so, work to remove the stigma (of both the issue and the potential solution).

Is There a Solution?

Science is starting to say that there might be. Another heavily stigmatized topic, cannabis, is actually being researched as a way to prevent opioid overdose.

We reached out to Dr. Rebecca Haines-Saah, a friend of ours and kindred spirit in her passion for disseminating the data and getting facts NOT fiction (or folklore) into the hands of the public. She has a LOT to say about how cannabis may be used as a way to prevent opioid overdose.

Keep reading to see Dr. Haines-Saah’s very evidence-based, balanced take on how cannabis may offer hope in the fight for a solution to the opioid crisis.

Cannabis legalization and the crisis in opioid overdose deaths are two topics that seem to appear almost daily in our news cycle in Canada. Both are drugs that are legally prescribed or authorized by physicians, and both are psychoactive substances that are accessed in illegal markets by people for a spectrum of medical and non-medical uses.

What cannabis and opioids share are that they are both the focus of much clinical research in North America that is re-evaluating both their harms and benefits to patients or individual users. At the same time, discussion on the merits of policies that criminalize drug use is also now at the forefront of public health approaches to determining how drug policies impact the overall health of populations. Certainly, with cannabis now legalized in Canada, there is more recognition that our “War on Drugs” approach focused on enforcement and incarceration has not been successful in preventing illicit drug use and that legalizing and strictly regulating cannabis was a prudent choice when use has been so widespread among Canadians from many demographics. For example, I often remind people that the harms associated with keeping cannabis illegal far outweighed the potential harms of using the drug for most people – especially the permanent consequences of being arrested and having a criminal record.

I often remind people that the harms associated with keeping cannabis illegal far outweighed the potential harms of using the drug for most people – especially the permanent consequences of being arrested and having a criminal record.

Yet just because something is made legal does not mean that it automatically becomes socially acceptable. For those who use cannabis and for those who advocate for progressive approaches to drug policy, there is also the hope that legalization will lessen the social stigma of use and that we will be able to have more pragmatic and morally neutral dialogue about why people choose to use, as well as ways to reduce the potential for harms. This is also true for opioids, where drug policy critics have argued that criminalizing illegal opioid use necessarily results in the criminalization of the people who use these drugs, exacerbating health and social harms. In addition to fears of being arrested and facing legal consequences, when people use an illegal substance, they are frequently shamed and discriminated against in the healthcare system, leading them to avoid or discontinue care. Most dangerously, when people are faced with the very real fear of arrest, they seek to avoid police or other first responders and therefore may choose to use alone, heightening the risk that an overdose will be fatal.

Just as legalizing cannabis protects the consumer and ensures a regulated, quality supply that has a known THC content and is free from contaminants, a decriminalized and “safe supply” of opioids such as heroin offers stability for people who need it, by removing the criminal context around procuring and using the substance. A small pilot study in Vancouver has shown great success in this regard. Most importantly, when a safe supply is prescribed, the risk of overdose is eliminated because the drug people are getting does not contain fentanyl and other substances in doses and combinations that put them at high risk of dying.

One major area of focus has been on interventions to address physician over-prescribing and how opioids are used within medicine, and another has been the ‘scaling up’ of public health interventions...

It is often said by researchers and policy analysts that there is more than one opioid crisis and the debates about where we need to focus our attention in order to reduce overdose deaths can be  strongly polarized. One major area of focus has been on interventions to address physician over-prescribing and how opioids are used within medicine, and another has been the ‘scaling up’ of public health interventions such as supervised consumption sites and naloxone distribution to respond to the illegal drug supply where opioids have become contaminated with fentanyl. This context is important because it also shapes how we might consider the potential role of cannabis in potentially ameliorating the crisis in overdose deaths, which is currently being studied in a few different ways by researchers in medicine and public health.

On the one hand, in a clinical context there is now a great deal of interest in the potential for cannabis substitution – not only for opioids but for other commonly prescribed drugs such as benzodiazepines – and whether or not people will migrate to, or could be prescribed cannabis as opposed to another drug that might have more potential for problematic use or addiction and overdose. I think it is safe to say that the clinical research is still emergent in many areas. At the population level, preliminary epidemiological studies in U.S. states where medical cannabis was legalized have shown what is known as an “ecological association” (a relationship between two variables in the data) between medical cannabis being legal and lower rates of opioid prescriptions. While this research can not prove that the relationship is causal, and to be fair many researchers are skeptical that it will actually amount to anything, to my mind it is positive because for so long we focused only on  measuring potential harms, and finally we are asking questions and designing studies asking about benefits and possible positive trends.

There has long been anecdotal evidence that some people use cannabis to temper the effects of discontinuing other drug use...

Another stream of research that is receiving attention is clinical trials hoping to learn whether cannabis can enhance treatment outcomes in people with opioid use disorder. What is exciting to me, is that these studies have also been motivated by qualitative and survey research asking people who use illegal opioids and other drugs about how they have used cannabis to ameliorate withdrawal symptoms. There has long been anecdotal evidence that some people use cannabis to temper the effects of discontinuing other drug use and in the coming years, we will have evidence to tell us whether or not these are clinically valid and have the potential to be used in addiction treatment.

Although I am a public health researcher and not an MD, by general sense from talking to people is that the attention to the opioid overdose crisis may play a role in influencing some people to avoid prescribed medications, thinking that cannabis is less harmful, will not cause them to become addicted and in some cases it is seen as flat-out “harm-free” and natural.  On the other hand, I have met people with a myriad of different health conditions who describe what we might call adjunctive benefits associated with using cannabis, mainly related to wellness and quality of life in the context of chronic  illness, or even just use associated with “relief” and relaxation in stressful conditions.

While I am still not sure that the clinical and population-level data is telling us anything conclusively yet, I remain hopeful that well-designed studies will help us get to an answer within the next few years. Finally, if you are thinking about substituting cannabis for an opioid or another drug you may be prescribed or using “recreationally” (non-medically) it is important to speak to a physician. One conclusion I am confident in making is that there is a lot of misinformation about cannabis from unreliable sources, but if this is something you are already using then it is also key to find a doctor who is open to discussion and will find ways to help you reduce the potential for any harms.

We want to thank Dr. Haines-Saah for contributing the expert piece above. We hope this gave you some great insight into the research being done in this area.

We also want to invite you to join us on August 31, 2019 for the global event International Overdose Awareness Day to raise awareness of overdose and reduce the stigma of drug-related death. We’ll be sharing the science loud and proud that day. #endoverdose

For more information on the health effects and science of cannabis, please read this evidence-based, data-driven piece by Dr. Haines-Saah and our very own Science Council member Dr. Hill. 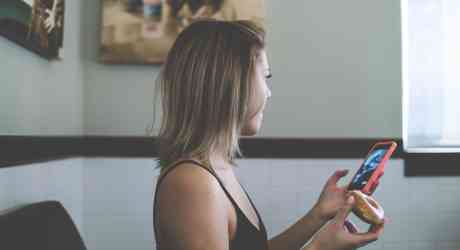 Teens: Your Brain on Junk Food 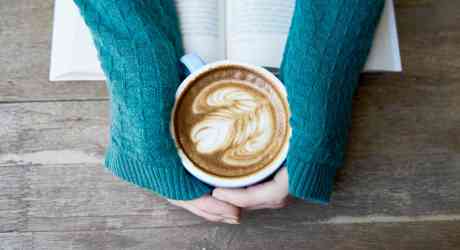 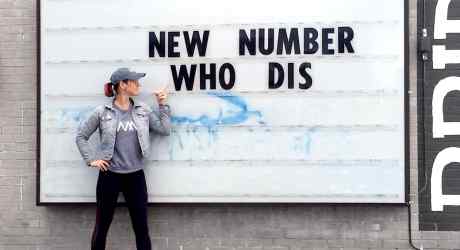 3 Ways Tech Is Messing With Your Mind