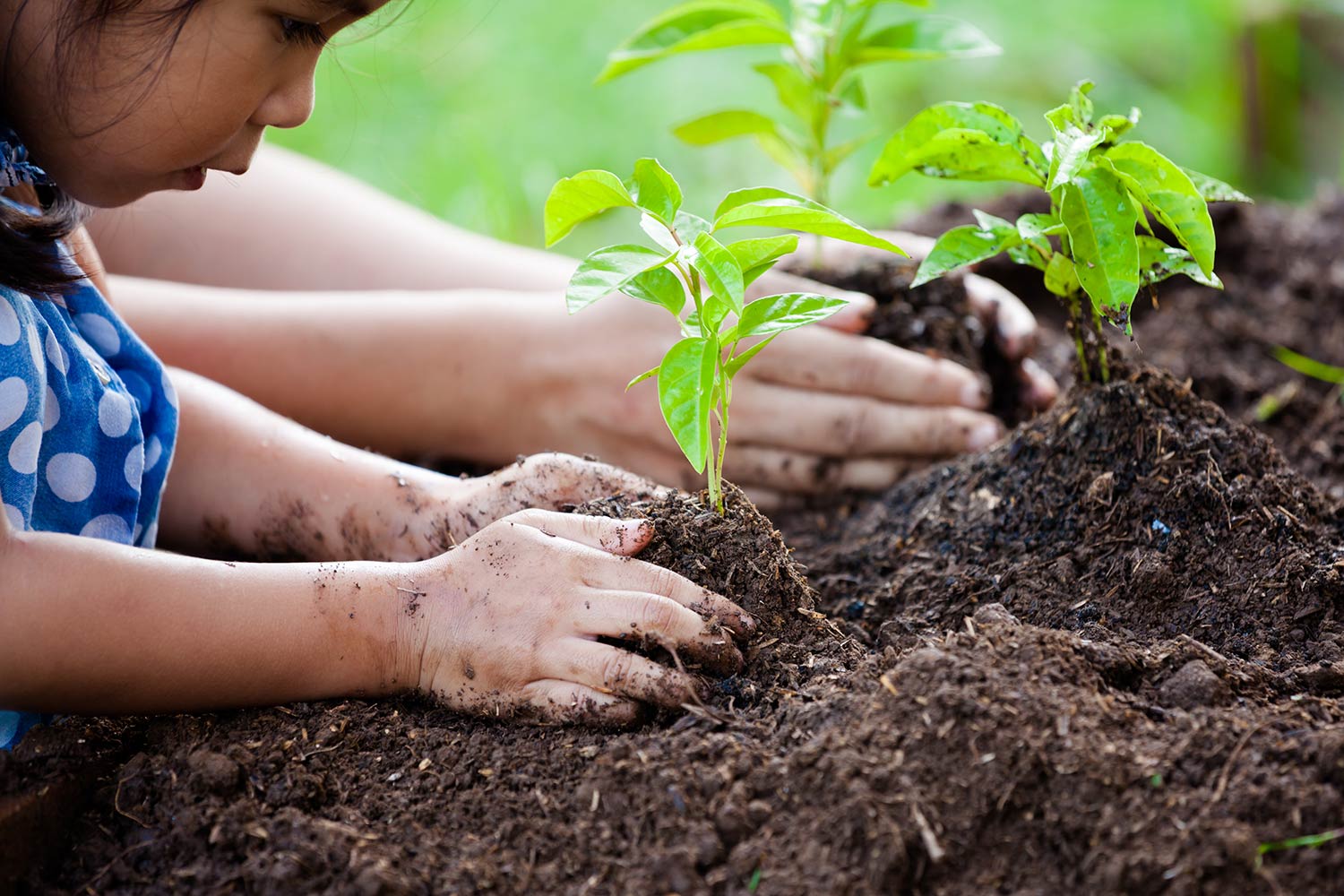 Did you get to play in the dirt as a kid? Ate a lot of colourful fibre-rich fruits and vegetables? Did you have a dog?!

If yes, thank your parents. Because your gut’s exposure to a multitude of bacteria helped build a stronger immune system and brain too!

Did you know that the gut contains the highest concentration of immune cells (2)? This means that the gut microbiota (aka. the entire bug collection in your GI tract) influences immune processes in the rest of your body - brain included (3).

After birth (and likely before too), gut microbes shape the development of protective brain support cells called glia. You’ve almost certainly heard of neurons, but maybe not glia yet (but now that they’re on your radar, you are going to start hearing more about them). Glial activity can help reduce the risk of neurological disorders such as autism spectrum disorder, Parkinson’s disease, multiple sclerosis, and stroke, as well as mood disorders, such as anxiety and depression (1) by modulating inflammation. And what’s really cool about our gut microbiota is that they play a major role in the maturation and morphology of glia. So they are directly responsible, in part, for reducing your risk of these conditions!

Also, certain gut microbes can protect against brain inflammation via specific metabolites (or by-products) that they produce (1).

While research is still unfolding, we already know that maternal diet can influence the baby’s microbiota and through that, the risk of behavioural disorders such as autism, depression, and anxiety.

This is a lot to think about, but it gets even more complex. Because…welcome the immune system into the conversation between the gut and the brain.

Welcome your immune system to the conversation!

That’s right, the gut microbiota-immune-brain axis is quite a mouthful. But the gist of it is that the gut-brain chatter is complicated, vital to health, and it involves microbes and immune cells present at the gut and brain level (and throughout the entire body, really, as it turns out many are mobile (4)).

Both gut bacteria and specific gut cells produce neurotransmitters, which are messengers that neurons use to communicate.

Both gut bacteria and specific gut cells produce neurotransmitters, which are messengers that neurons use to communicate. Our brain cells respond to pro- or anti-inflammatory messages from the gut sent through neurotransmitters. And this is why fostering a diverse microbiome can help tilt the balance towards reducing inflammation, which is a key risk factor for mood disorders and neurodegenerative diseases.

Want another interesting fact about our amazing gut microbes? They can help with recovering from traumatic brain injuries and stroke by sending anti-inflammatory immune cells and metabolites such as short chain fatty acids (SCFAs) on site. Studies where the microbiota composition was altered showed that the healing process was disrupted, revealing that only specific bacteria influenced brain recovery (1).

And another: The synthesis of brain-derived neurotrophic factor (BDNF), which is essential for cognitive function and memory (5) is affected by neuroinflammation, which can be caused by gut microbiota imbalances (aka. dysbiosis; essentially when the bad gut bugs outnumber the good), often present in the elderly. However, SCFAs (which our friendly bugs can produce by munching on their favourite food, prebiotics) can boost BDNF levels and decrease inflammation (which may in turn reduce the risk of dementia disorders like Alzheimer’s disease).

Why Chronic Stress Is Bad For Your Bugs

During chronic stress, our bodies produce an increased amount of stress hormones continuously, such as cortisol, which keep us plugged into a ‘fight or flight’ state (7). Because of the gut-brain connection, the effects are being felt at both ends, which means a higher risk of anxiety, depression, and neurodegenerative diseases such as dementia (6), but chronic metabolic illnesses like diabetes and heart disease too.

Chronic stress could be caused by lifestyle factors including lack of sleep, traumatic life events and, because stress is often in the eye of the beholder, our own perception of what is stressful. To top this off, the effects of stress, and how hard it hits us, can be made worse by an unhealthy diet and lack of exercise. Furthermore, the gut microbiota composition can be altered by chronic stress, which also increases inflammation and gut permeability (7), allowing bacteria and their metabolites to cross into the bloodstream which may cause ‘leaky gut’ syndrome. In a vicious circle, some microbial metabolites will also travel to the brain and cause inflammation (8).

A ‘leaky gut’ may play a role in Crohn’s disease and irritable bowel syndrome, and it can also be a risk factor for autoimmune diseases such as lupus and multiple sclerosis, as well as allergies, obesity, asthma, and mental illness.

A ‘leaky gut’ may play a role in Crohn’s disease and irritable bowel syndrome, and it can also be a risk factor for autoimmune diseases such as lupus and multiple sclerosis, as well as allergies, obesity, asthma, and mental illness (9).

Wondering how stress-caused gut inflammation can reach that far? Think about the complex connections between your gut and other organs - brain especially. Also, remember the very dense immune cell community that resides in the gut, from where many cells and immune-reactive molecules are being deployed all over the body.

3 Ways To Feed Your Gut-Immune-Brain Axis

Here’s the good news: The solution may not be nearly as complicated as saying “gut-immune-brain axis” quickly! There are a few simple evidence-based things you can begin to incorporate into your daily habits and make part of your regular gut, immune AND of course brain-loving routine.

The Top 5 Nutrients To Recover From a Traumatic Brain Injury