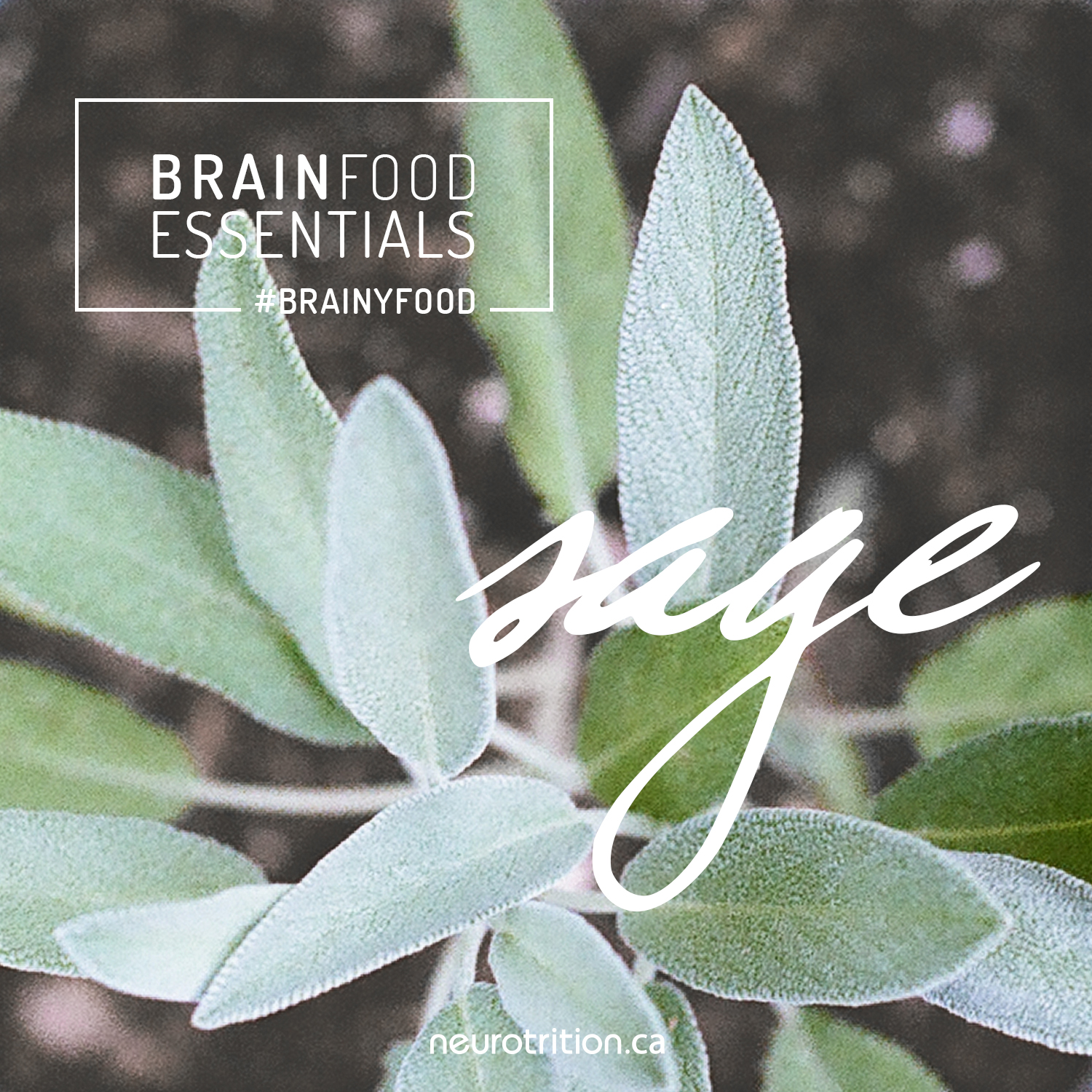 I personally love love LOVE when science dabbles in, and provides support to, traditional medicines people have been using for centuries. It always makes me smile when I can tell nay-sayers, or just stand more convicted in my assertion, that YES a FOOD might actually be able to act as medicine. And sage has got me really smiling these days.

A relatively common herb that grows as a perennial shrub, sage (Salvia officinalis) is used both fresh and dried as a culinary herb for its flavour and aroma (and its extract is also used as an essential oil). It originated in the Mediterranean and Middle East and has been traditionally used for many ailments including, of most interest to a brain foodie like myself, memory enhancement and pain perception (which is really messed up in depression and anxiety).

Sage has 40+ different compounds... which have antioxidant, antibacterial, antifungal, antiviral and DNA-protecting properties.

New science tells us that sage has several impressive health benefits. It has 40+ different compounds, including “rosmarinic acid” and “ursolic acid” which have antioxidant, antibacterial, antifungal, antiviral and DNA-protecting properties. Because of these benefits, it’s starting to be referred to as a “functional food.” The research confirms (I wish I could say “proves,” but that’s a big no-no for a scientist to say – we can only disprove or lend support to something) sage’s ability to relieve pain, and enhance attention, memory and cognition (ability to think).

Let’s dive into the neuroscience behind three reasons why sage is a NeuroTrition-approved brain food, and then into some “sage-worthy” recipes so you can try it for yourself.

1. SAGE AS AN ANTIOXIDANT AND ANTI-INFLAMMATORY

Oxidation (ie. free radical damage) leads to inflammation, and these brain-busters are common in many chronic brain diseases, including depression, anxiety, Parkinson’s and Alzheimer’s disease. Importantly, sage extracts act as antioxidants to protect the brain from oxidation and ultimately, from neuro-inflammation.

Studies have also shown that treating cells with sage after they’re exposed to free radicals results in significantly fewer breaks to their DNA.

Animal studies have shown that drinking “sage tea” (water with sage extracts) increases levels of antioxidants. (Quick side note: we often cite preclinical animal studies, because that’s where neuro research starts before it moves to clinical human work, and I always want to be upfront about whether we’re talking about animal or human data. Now, back to the sage science…). Further — and this is cool if you’re a nerd like me — studies have also shown that treating cells with sage after they’re exposed to free radicals results in significantly fewer breaks to their DNA. This means that the cell DNA stays healthier, which is a huge deal for future generations (just to give you some context, some oxidants are shown to damage our DNA but affect our kids’ kids hormonal and mental health — so two successive generations later. Not good).

2. SAGE AS A PAIN RELIEVER

While sage has been used traditionally to relieve pain, research has finally confirmed this effect (I’m smiling as I write this). It helps with menstrual cramps, as well as pain from sore throats when taken as a spray; and, sage extract is even thought to be useful for chemotherapy-induced pain.

Studies further show that sage increases our pain threshold and reduces the amount of painkillers we need to take (ah-mazing, since long term painkiller use is associated with all sorts of nasty symptoms and nutrient deficiencies). It can also reduce some of the side effects experienced when coming off of certain painkillers (ah-mazing again, because the #1 reason people relapse is to make their withdrawal symptoms go away).

So, how exactly does sage relieve pain (in a nutshell)?

Sage affects the central nervous system similar to how opioid drugs do, through our opioid receptors and by reducing nociception.

Scientists are currently looking into which of sage’s 40+ compounds are responsible for the pain relieving effect, but basically there seem to be two different pain-relieving mechanisms at work. First, the anti-inflammatory effect itself helps to relieve pain. Second, sage affects the central nervous system similar to how opioid drugs do, through our opioid receptors and by reducing nociception (i.e. reducing our nervous system’s response to harmful stimuli).

Sage can enhance our attention, memory, and cognition (ability to think). Just in older people (and healthy ones or ones that have dementia)? Or just in the young? The good news: All of the above.

A small study of healthy older people showed that sage extracts had improved their attention and memory.

In younger people who took one capsule of dried sage, they experienced improved mood and cognition. They described improved “alertness,” “calmness,” and “contentedness.” Another study showed that simply smelling the aroma from the essential oil increased their alertness and enhanced long-term memory.

It’s unclear exactly how sage has these brainy results, and researchers can speculate that maybe it’s sage’s antioxidant and anti-inflammatory effects. Or perhaps it’s from sage’s effect on acetylcholinesterase (the enzyme responsible for breaking down our memory neurotransmitter, acetylcholine). Basically, sage extract inhibits acetylcholinesterase so acetylcholine isn’t broken down and instead stays kicking around longer in your synapses (the party zones between your brain cells where these chemical messengers do their work). This ability of sage is particularly exciting to me because it is similar to many Alzheimer’s medications, so it shows promise in the fight against Alzheimers disease and dementia.

5 SAGE-WORTHY RECIPES TO SPICE UP YOUR LIFE … AND BRAIN

Can I say “Lab to Plate,” kind of like “Farm to Plate,” or does that just sound bad? In any case, we wanted to translate the brain science on sage into a few simple, delicious ways for you to enjoy this herb. If the science didn’t make you smile like it did me, then these easy recipes will!

Modabbernia, A. and Akhondzadeh, S. (2013). Saffron, passionflower, valerian and sage for mental health. The psychiatric clinics of North America. 36(1), 85-91.

Obulesu, M. and Rao, D.M. (2011). Effect of plant extracts on Alzheimer's disease: An insight into therapeutic avenues. Journal of neurosciences in rural practice. 2(1), 56-61. 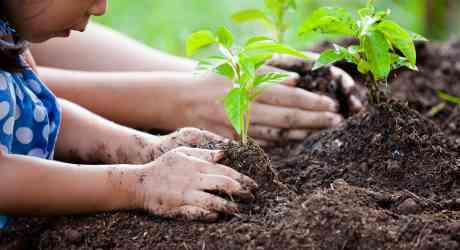